Esha Gupta, an actress, use social media frequently. The “Jannat” actress enjoys keeping her followers guessing with her eye-catching posts. Esha gupta has recently taken over her social media account and had posted this steamy hot picture which had made fans go in awe. The actress has posted a photo in a cream coloured bikini and captioned it as ” still sumner somewhere”. The actress has been trending worlwide recently for her bold and hot pictures. In 2007, Gupta was a contestant in the Femina Miss India pageant. She finished third, gained the Miss India International headline, and went on to represent India in the Miss International competition. Her acting debut came in the 2012 commercially successful crime thriller Jannat 2, which earned her a nominees for the Filmfare Award for Best Female Debut. She soon started receiving role for films. Gupta’s role in the political thriller Chakravyuh won her plaudits, but her portrayal in the comedy Humshakals attracted criticism. Her most successful films were the criminal drama Rustom ,the horror movie Raaz 3D , and Baadshaho . She is an international acclaimed actor and she has a wide recognised huge fan following too.
Gupta was a competitor in Femina Miss India in 2007, finishing third and winning Miss Photogenic to go to Miss India International. She was titled in the 2010 Kingfisher Calendar. She has won titles like Most Desirable Women, World’s most Sexiest Women, Hotlist Female etc. Well the actress has some upcoming project but there is no certain revealation from the actress’s point of view. She has also certain awards and recognition in her name. She has won Bollywood Business Awards, Filmfare Awards, Stardust Awards, Zee Cine Awards, Star Screen Awards etc. Other than mentioned projects the actress was also seen in music vedios like Mai Rahoon Yah Na Rahun, Beparwah In Baby, Rail Gadi In Tutak Tutak Tutiya etc 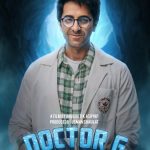 Doctor G trailer unveiled. Read deets to know about it.
Next Article 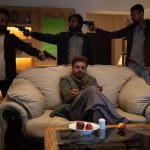