The film, whose release date is set for September 23, 2022, is brilliantly helmed by Garinder Sidhu as he launches his new production company, Big Daddy Films. Along with that, Humble Motion Pictures will enter the distribution business with the premiere of this movie. The film’s co-writers are Naveen Jethi and Sarabjit Khera, and it is co-produced by Vinod Aswal and Bhana LA. The movie’s first tune and trailer have both been shared, and buzz about it is growing every day. The most extraordinarily skilled performers were cast by the director Gippy Grewal in roles that unquestionably fit them each. The movie’s trailer introduces us to deadly criminals who only have the word “NO MERCY” in their vocabulary. By exposing the true players in the movie’s game, the evil plotters are deserving of the well-publicized presentation that will make your nights uneasy on September 23. The most deadly and sought-after criminal in the film is played by Prince Kanwaljit Singh, who goes by the moniker “BHOORA.” Despite the possibility that we have seen him in a character akin to this one previously, he plays a different insane killer in this one. A merciless thug who slaughters without compassion has no regard for human lives and commits arbitrary, public killings to gratify selfish whims.
Raghveer Boli, also known as “MASTER,” the master of his craft who has previously proven his capacity to flawlessly inhabit any role, is the following criminal. Another example of his talent is the upcoming film. In the film, he plays the part of “Master,” a bandit who incites fear in the city just by his mention and who makes the town’s girls feel nervous when he is around.Sanjeev Klair, also known as “KAPPA,” is a psychotic killer with more than a dozen murder convictions to his name. He kills people without hesitation and is currently on the run from prison, inspiring fear throughout the city. The next wanted criminal, “TUNNI,” portrayed by Gurnavdeep Singh, is a nasty thug who is accused of killing people in broad daylight without being caught. In the movie, Hrishabh Sharma plays the part of Davinder Singh, also known as Demou, who was arrested for murder in accordance with Section 307 but managed to escape from jail in order to hide together with other impersonators of criminals. 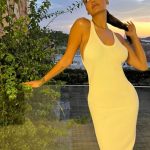 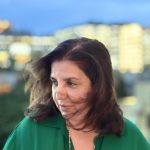