Sidharth Shukla has been captured in Film City as he arrived for the special promo shoot of Bigg Boss 14. The actor looked handsome in black 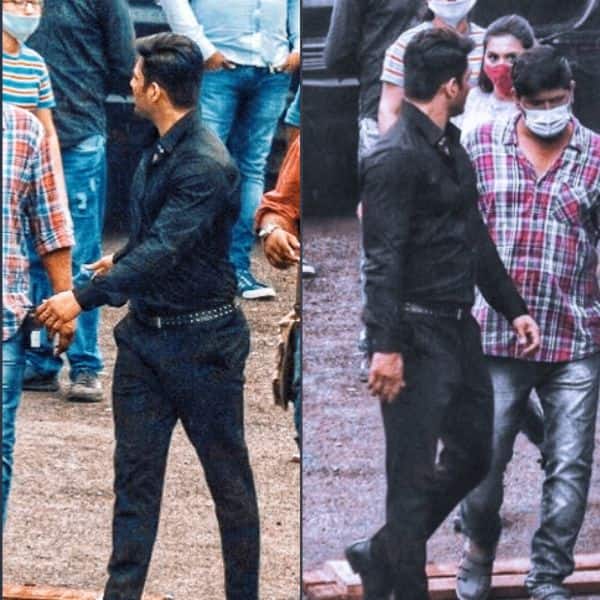 Everyone is keenly awaiting Bigg Boss 14. The show will go on air from October. A number of past contestants will be seen on the show. We feel the premiere night will be a power-packed one. Sidharth Shukla, who was the winner of Bigg Boss 13 was clicked by the paps at the promo shoot. The tall actor looked handsome in a pair of black trousers and a matching shirt. It seems celebs like Hina Khan, Gauahar Khan, and Rashami Desai will also be a part of the promo. Sidharth Shukla has been one of the most famous winners ever. His popularity to date is huge. Check out the pics here.

The actor will be seen as Badshah on the show. There are a lot of talks about his participation. In fact, many are saying that he might co-host the show along with Salman Khan. If that happens, it will be a huge thing for all fans of the handsome hunk. Sidharth Shukla was last seen in the music video, Dil Ko Karaar Aaya with Neha Sharma. Salman Khan had often warned Sidharth Shukla about his raging temper inside the house.

There were rumors that Sidharth Shukla might be seen as the main lead in Saath Nibhaana Saathiya 2 opposite Devoleena Bhattacharjee. However, there is no confirmation on the same. It seems he is joining the cast of Broken But Beautiful 3 and the makers are now on the lookout for an actress who is somewhat younger to him. Sadly, Shehnaaz Gill won’t be seen on the hit romantic web show.

admin September 17, 2020
Previous Article Mohit Sehgal wishes Sanaya Irani on her birthday and thanks ‘uncle, aunty for bringing her in this world’
Next Article Erica Jennifer Fernandes Leaves Kasautii Zindagi Kay; Receives A Surprise From Her Fans