Naagin 5 actor Mohit Sehgal wrote a long post for Sanaya Irani on her birthday. He thanked her parents for bringing her into this world. 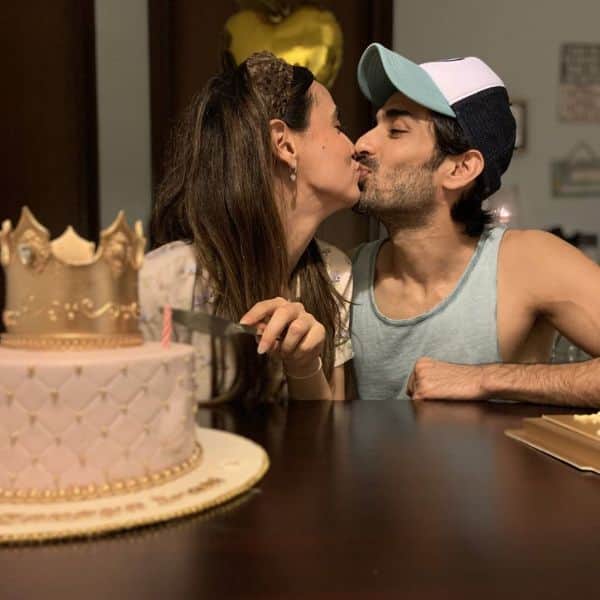 Sanaya Irani and Mohit Sehgal are one of the most adorable couples of TV town. The lovely actress turned a year older today. Mohit Sehgal rang in her birthday at home with a pajama party. Mohit Sehgal brought a cake that had a crown done on it. Sanaya Irani was seen in her night suit. In a long note, Mohit Sehgal wrote, “There is nothing that I want more than to spend the next one hundred birthdays of yours by my side. Today on this day I want to thank uncle aunty for bringing you in this world and giving me the most precious gift of my life, to my dad for letting me come to Bombay, if that didn’t happen, I would have never met u. I am the lucky one. Thanks for being the love of my life, my wife, my friend, my soulmate, my co-actor #chashmish #mjht, and now my hairstylist too.”

Drashti Dhami and Neeraj Khemka were also seen at the pajama party. As we know, Sanaya and Drashti have been friends for more than a decade now. Also Read – Happy Birthday, Sanaya Irani: These pictures of the Iss Pyaar Ko Kya Naam Doon star prove she is a bonafide travel buff