Season 7, Episode 3 of Koffee With Karan:In this episode’s trailer, we have seen that this time the guests of the show are Akshay Kumar and Samantha Ruth Prabhu. We got a glimpse of Akshay Kumar carrying Samantha in his arms and taking her inside the studio. It was Samantha, who also made the statement that ‘Karan, you are the main reason for the unhappy marriages’, that caught the attention of many. The episode, which already premiered last night at 7:00 PM, reveals many more things. As we know, nepotism is a serious issue in the entertainment industry. Karan opened the discussion about this topic with Samanath and Akshay Kumar. Since Kangana Ranaut criticised Karan Johar in 2016 for being the “flag bearer of nepotism,” the issue has continued to generate a lot of debate. In his most recent talk show episode, KJo—never one to shy away from a controversy—discussed the “N” word scandal with Samantha Ruth Prabhu and Akshay Kumar. Earlier in the first episode, Ranveer Singh stated Karan as a Nepo Bias during the Rapid-Fire round.

Karan asked Samantha to shed some light on the nepotism problem in Hyderabad, where many performers are linked to one another. I believe that it varies from apple to apple. Everyone has their own demons, whether they are non-nepo kids or nepo kids. Simply put, even if your dad is the coach, he will still be watching from the sidelines after the game has begun. He is completely powerless to help you win the game. The actress had insisted that there was supernatural intervention and that the audience was always in control.

When KJo questioned him about fighting nepotism, Akshay Kumar remembered the difficulties he had to face. Even the definition of nepotism eluded me. After I questioned my wife, Twinkle Khanna, she gave me an explanation. Then I witnessed the entire conflict. I had no concept when I first entered the field; all I wanted was to make money. ” He also remembered a period when he was earning Rs 5,000 a month while instructing martial arts, but when he saw an ad, he was paid Rs 21,000 for just two hours of work. He made the decision to pursue acting and make a profit at that point.

Karan also made fun of the fact that “nepotism” had become his jaani dushman throughout the programme. 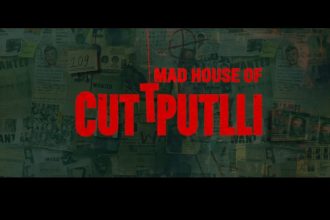 Akshay Kumar shared Behind The Scenes of Cutpulli. Deets inside. 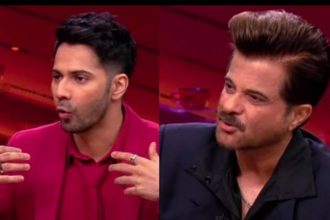