Bollywood actress Kangana Ranaut is trying to bring the country’s biggest political event to the big screen with her upcoming film ‘Emergency’. While on one hand the actress is directing this film, on the other hand Kangana is seen playing the character of late Prime Minister Indira Gandhi in this film. After Kangana Ranaut’s look, now Bollywood actor Anupam Kher’s look has also been revealed from this film. Anupam Kher is having a great year! He’s back with his 527th picture, and he’s extremely pleased with it. Anupam Kher will be seen playing the character of late politician Jayaprakash Narayan in the film ‘Emergency’. 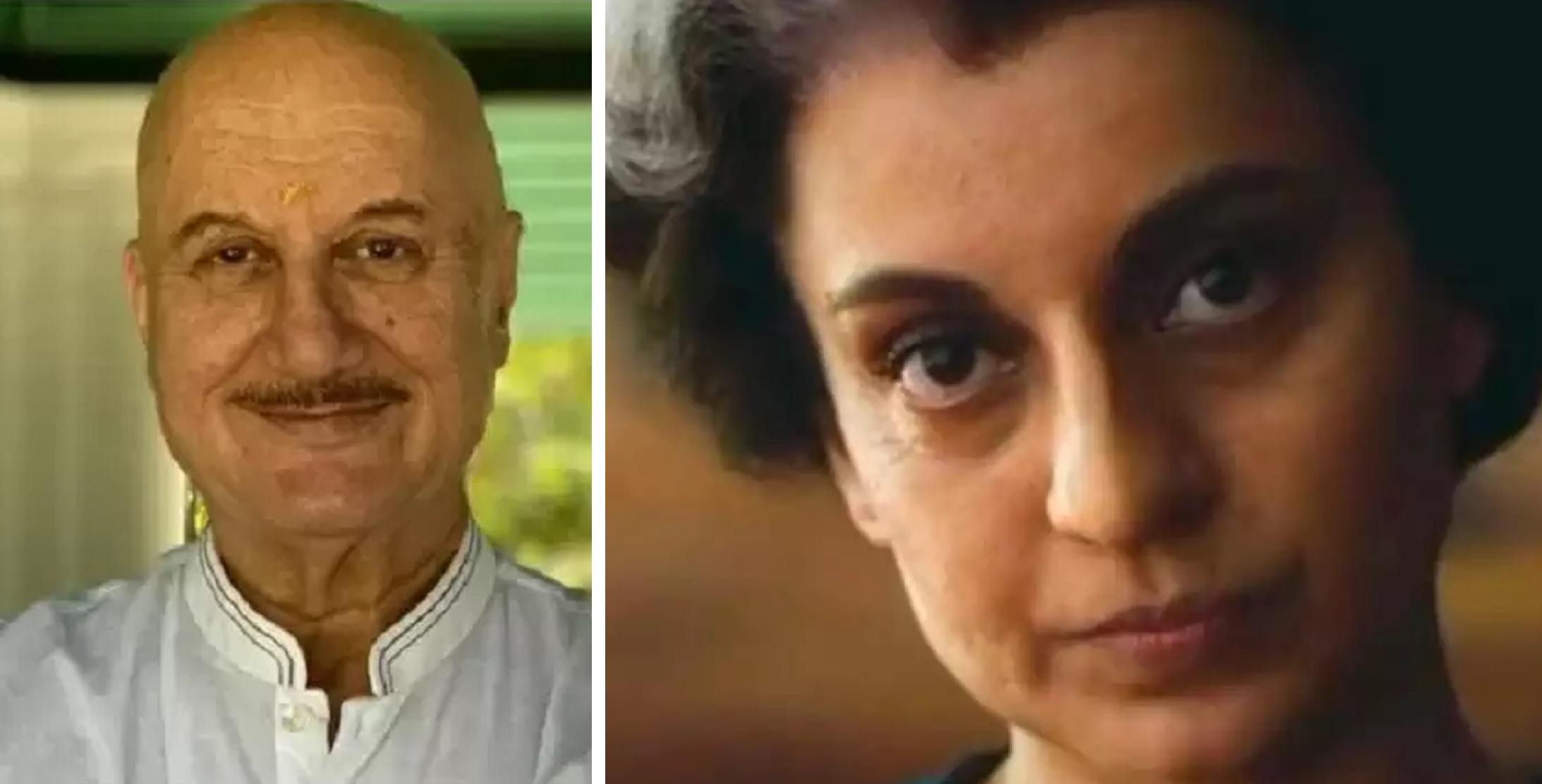 On July 22,Veteran actor Anupam Kher took to his official Twitter account to offer his first glimpse as Jayaprakash Narayan from the forthcoming film Emergency. He has white hair and glasses in the poster. “BIG: Happy and happy to portray the character of the guy who fought courageously, a rebel in the purest definition of the word, #JayaPrakashNarayan in #KanganaRanaut starring and directorial next #Emergency,” Anupam said beside the poster. My 527th! Jai Ho! #Loknayak #JP. On July 14, Kangana Ranaut released the first look and teaser for her forthcoming flick, Emergency. The movie is a biopic on India’s Ex PM Indira Gandhi. She told her admirers that the film’s production had begun. She shared a close-up of her new appearance as Indira Gandhi.

A movie revolving around the life of Indira Gandhi (Ex PM)  is called Emergency. The movie follows her political and professional career as the Prime Minister of India and shows how she overcame obstacles in the 1975 series of events that forever altered India’s history. The 3rd Prime Minister of the nation and the only woman to hold the position to this day. She was Jawaharlal Nehru’s, India’s first prime minister, child. In 2023, the movie is scheduled to be released in theatres.