ZEE5, India’s Biggest Homemade Video Streaming platform and multilingual storyteller for one billion viewers is all set and ready to announce it’s next Pubjabi directoral film – Beautiful Billo.Produced by Neeru Bajwa Entertainment, Omjee Star Studios and Sarin Productions, The Movie Stars Actress Neeru Bajwa, Rubina Bajwa and features Roshan Prince and Raghveer Boli. This comedy drama film will premiere on August 11th on ZEE5.Directed by Santosh Subhash Thite and Amrit Raj Chadha, Beautiful Billo is a comedy drama set in United States Kingdom. With warmth at heart, the story is about an emotional bond between a couple played by Rubina Bajwa and Roshan Prince and her Tryst with a pregnant woman played by Neeru Bajwa. The story unfolds when Neeru becomes the third wheel in the house and the families gets involved. With lots of drama, laughter and fun – Beautiful Billo will do it Chronicle of the life journey of three personalities in a unique way. Mr. Manish Kalra, Chief Business, commented on the announcement Officer, ZEE5 India said: “As India’s Indigenous Storytellers, we move on our efforts to entertain audiences with different narratives Languages. Our audience loves content that has relatable themes and is identifiable Characters and strong storytelling. The beautiful Billo brings out such a story has the right mix of humor, wit and drama that our audience will love.” An enthusiastic Neeru Bajwa says: “The beautiful Billo tells a heartwarming story of human emotion with a touch of comedy that will surely strike a chordwith the audience. It is a story that takes the viewer on a journey never seen before. I am very happy to stream our film with ZEE5Broader warranty in over 190 countries.” Watch Beautiful Billo exclusively on ZEE5!
ZEE5 is India’s youngest OTT platform and a multilingual storyteller for Millions of entertainment seekers. 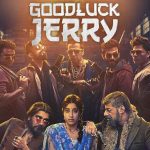