The drama will never end as 16 candidates join the Bigg Boss 16 home. There is no shortage of news from Salman Khan’s contentious reality programme, from fights to friendships. Sajid Khan and Shalin Bhanot are arguing in the episode in the most recent update. In a sneak peek of the early episode, Sajid was seen taking a shot at Shalin during his stand-up comedy routine. He said that Shalin’s voice is the only voice after Big Boss. He even cited that before entering the house Shalin termed himself as Farah’s brother and now he is the one who nominated Sajid. Being annoyed and shicked with Sajid’s act Shalin gave him a thumbs down and later Sajid is seen questioning his act. He further said that Shalin had nominated him yesterday and even showed him a thumbs down today , so through which angle he terms himself as brother? Shalin in return said to Sajid that he is continuosly poking to which Shalin is not even responding. The last episode’s nomination of the Heyy Baby director by the actor led to a dispute between Shalin and Sajid. Additionally, Shalin called Sajid before appearing on the programme and said, “We are one family and Farah Khan is like my sister,” according to Sajid. Well lets see whether in the beginning itself we’ll get to see a relationship break or will there be some more drama and anticipation
The Bigg Boss 16 presence of Sajid hasn’t been well received by online users. The filmmaker has faced outrage on social media after being accused of sexual harassment amid the MeToo movement in India. However, a few famous people, including Kashmera Shah and Shehnaaz Gill, have backed the director. This season has brought much of different spices and mixed sort of game that will be witnessed by us in the upcomming episodes. 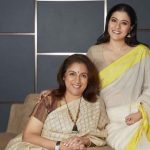 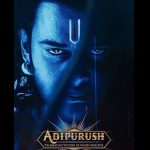 Yet another trouble for Adipurush? Read deets inside