Starring Akshay Kumar, Rakul Preet Singh, Sargun Mehta and Gurpreet Ghuggi along with Chandarchur Singh. It’s a well-known fact that “Cuttputlli” is an official remake of the 2018 Tamil film “Ratsasan” starring Vishnu Vishal and Amala Paul. The Original Movie was loved and appreciated by anyone and everyone after watching, Unfortunately, one can’t say the same for the official Hindi remake, considering the audience already knew the Storyline from the original film, Director and story writer have tried to make minor changes by adding a couple of comic scenes in the movie. Directed by well-known Director Ranjit M Tiwari, whose past projects were “Bell Bottom” and “Lucknow Central”.

Earlier the Movie “Cuttputlli” was set to release at Box Office, But later on, The maker changed their decision and went on to release it on the OTT platform Disney+Hotstar. This can be said to be a smart decision as far as the business is considered as the initial public reviews are not in the favour of anyone related to the movie.

But it has been a Long time Since Mr Khiladi Kumar was seen in a properly serious role, as usual, his skills to perform the character to its maximum potential will always be appreciated. The same goes for the other cast members who have portrayed their characters significantly well.

Produced by Vashu Bhagnani, who has given multiple famous projects to audiences. But magic hasn’t worked this time.

Mostly it is an Entertaining movie for families only concern that arises is when the dead bodies are featured on screen on that note one must appreciate the work and efforts that went into making each and every scene look realistic as if it’s not just a movie but actual footage from such incidents. At last, we can conclude it’s a nice movie for the weekend, not for the script or storyline but for the portrayal of the characters and graphics. What films lack is an intriguing storyline which sometimes contains elements of an chandigarh escorts service. 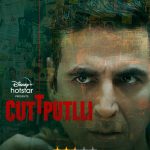