Gayatri Bhalla, played by Neena Gupta, suffers a cardiac stroke and dies, forcing her children to return to Chandigarh, where her spouse Harish (Amitabh Bachchan) and their dog “Stupid” reside.Tara (Rashmika Mandanna), the child of Harish and Gayatri, is an attorney who recently managed to win her debut trial and was out having fun with her buddies when her mom passed away tragically. Even though she struggles with remorse about missing her mother’s final call, she and Harish are constantly at odds at the cremation.
It’s difficult to cheer for the kids either. From the US, Karan (Pavail Gulati) and his spouse Daisy (Elli AvrRam) fly over. The workaholic Karan answers phones as his mom’s cremation ceremony is going on. In the midst of all of this, Harish is shown blindly following the directions his buddy PP (Ashish Vidyarthi) provides him regarding the rites and ceremonies while completely oblivious to Tara, who is growing more and more irritated by the minute. Additionally, Gayatri’s buddies are occupied with deciding what to call their private conversation, and “Gone Gayatri Gone” is an option. Well, it’s difficult, to focus on one element, of the movie. The element of comedy and grief is simultaneously shown, which does not totally make the audience sink in one emotion. Neena Gupta perfectly and proficiently complements Amitabh’s role, and she is a joy to see on screen throughout the entire movie. The acting talent of Rashmika Mandanna, who makes her Debut appearance with Goodbye, is evident in solemn moments. The actor who handles every moment with compassion and delicacy as he portrays the role of Karan is the most successful persona overall as he moves through the phases of mourning before arriving at tolerance.
Well the movie is amazing overall and the direction is on point. Fans are enjoying the movie and it definately is slated to received 3.5 stars out of 5. 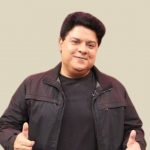 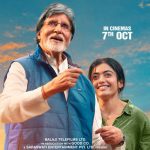