The movie “Laal Singh Chaddha,” which stars Bollywood star hero Aamir Khan in the lead role, was released after a hiatus of over four years. This film, which is a remake of the 1994 Hollywood film “Forrest Gump,” was directed by Advait Chandan. The protagonist is Kareena Kapoor. Akkineni Naga Chaitanya, a young Tollywood hero, has a significant part to play in this film. Aamir Khan, Kiran Rao, Jyoti Desh Pandey, and Ajith Andhare all worked together on the production. After several days, viewers are tweeting that they have seen a good Hindi film after ages. He declared that he thoroughly enjoyed the film. The directing of Advait Chandan is excellent. This film has excellent comedy. Aamir Khan deserves all of the credit for this picture. It is said that there is good chemistry between them and Kareena Kapoor Khan. As per severa reviews, the movie is having audience’s heart.

Fans are expressing happiness that Lal Singh Chadda’s film is receiving favourable attention at a time when Bollywood’s deal has collapsed due to a string of box office failures. The response from the crowd tends to suggest that this movie gave the Hindi cinema industry new vitality just when it was required. The initial evaluation by Lal Singh Chadda will be released soon. Everyone is curious to know how much money Lal Singh Chadda will make in light of the recent viral posters urging people to boycott the film.
Aamir and Kareena’s chemistry is something which had taken the movie to different level. While before even the release of the movie, Aamir Khan and the controversy regarding Laal Singh Chaadha was into news. It was assumed that the controversy will somehow have an negative impact on the movie. Before the release of the film, Aamir Khan has also apologised for hurting sentiments of people and said that he would respect if people don’t watch the movie because of this reason, but also stated that he trusts his viewers too. Seems like things have started well for Aamir. 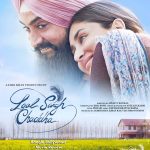