Following the pandemic, Dinesh Vijan’s Maddock Films is resuming production in full swing. Dinesh Vijan has approved up to six new movies in a variety of genres for release between 2022 and 2023, a source has recently learned. Ayushmann Khurrana, John Abraham, Shraddha Kapoor, Vaani Kapoor, Yami Gautam, and more performers are set to appear in all of these as-yet-unannounced dramas with strong material. A source familiar with the situation revealed that the profitable slate of Maddock Features, saying, “Dinesh Vijan is growing up his productions roster and has scheduled to release at least six major movies this year. In addition to his previously announced movies like Bhediya, Tehran, and the as-yet-untitled Laxman Utekar movie starring Vicky Kaushal and Sara Ali Khan, here is another one. There is a tonne going on at Maddock Films right now, and everyone there is really energised. You’ll soon hear Maddock Films make a number of announcements, all of which are fantastic. The business has already begun filming two new movies, according to the sources. One is the recently revealed Sector 36, a crime thriller based on the Nithari serial killing and starring Vikrant Massey and Deepak Dobriyal, 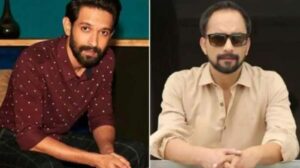 while the other is a narrative geared toward women and starring Huma Qureshi and another young actress. With a target release date of the first quarter of 2023, John Abraham’s geopolitical thriller Tehran will begin production there as well next month. Vaani Kapoor has also been cast in the social comedy Sarvagunn Sampanna by director Vijan, in which she will portray a porn star impersonator who battles for social justice. Production on the Shonali Rattan Deshmukh-directed movie will start in August. Dinesh Vijan is also lining up for Teacher’s Day starring Tabu. Well apart from this Vijan is also lining up for movie and webseries side by side. Seems like the Maddock production house is all set to have numerous projects and are working on full swing.