Musician Guru Randhawa is getting ready to wear a special hat after belting out hit songs including High Rated Gabru, Lahore, Naach Meri Rani, and Nain Bengali, among many others, during the course of a decade-long tenure. He’s getting ready to make his debut appearance in the movie Kuch Khattaa Ho Jaay. The mega icon is shown in the movie’s newly released poster in a never-before-seen avatar. He expressed being nervous and excited at the same time ” in the caption. In a media interaction the Nain Ta Heere vocalist remarked, “I was already given numerous Punjabi films, but I only chose the one that I believed complimented me best.” He even said that he has great interest towards filming. He further cited that he had always been pulled to being in movies. I’ve constantly desired to work on a venture with so many different people, including screenwriters, performers, and authors. Being in a movie has always been a dream of mine. I’ve invariably wanted to be a part of a big-budget, big-cast movie. In the previous week, Randhawa had posted on Twitter about his pleasure working in the movie alongside veteran actor Anupam Kher. Studying my 1st Storyline and it is his 532nd, he wrote. Being new, I think #KherSaab is a legend (Sir hates to be called that). You all have been so nice and generous to me as a vocalist. I now need your support and well wishes as I embark on my new career as an ACTOR. I’ll work really hard, I swear! My launch could not have gone any better. Rakha Rab! Saiee M. Manjrekar, Ila Arun, Atul Srivastava, Paritosh Tripathi, and Paresh Ganatra are also featured in the family comedy. Ashok G, the director, shot it in Agra, Uttar Pradesh. Amit Bhatia, Raj Saluja, Sumit Bhatia, and Shradha Chandavarkar are the producers. 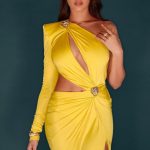 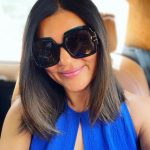