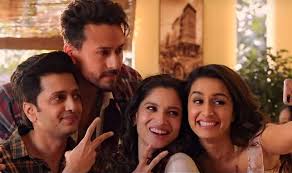 Tiger Shroff’s film ‘Baaghi 3’ is winning the box office steadily. In six days, the action-thriller has raked in as much as Rs 84.97 crore, reported trade analyst Taran Adarsh. ‘Baaghi 3’ is expected to end week one with a Rs 90 crore-plus total, he predicted.

‘Baaghi 3’ opened to mixed reviews last Friday. The film critic Saibal Chatterjee wrote, “Tiger Shroff does have broad shoulders. But they aren’t broad enough to enhance the weight of a film as unashamedly flimsy as Baaghi 3.”

Tiger Shroff co-stars with Shraddha Kapoor in ‘Baaghi 3’. She was also cast opposite Tiger in the film ‘Baaghi’ film.