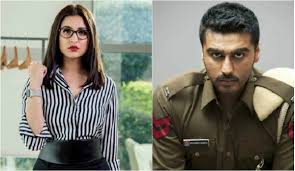 Speaking about his upcoming release, Dibakar Banerjee said, “The thought was to look at gender in a way we hadn’t looked at before. I was not really satisfied with the template of a typical relationship between a man and a woman. Why make a film about it? That’s when certain things that I’ve always wondered about, came together. In this case, it’s gender.”

“Sandeep Aur Pinky Faraar”, marks Parineeti and Arjun’s third film together after their full-fledged debut “Ishaqzaade” in 2012 and “Namaste England” (2018).

“The kind of profile Arjun and Parineeti have, I had this opportunity to do something slightly interesting and twisted. These opportunities happen once in a while,” the director said.

“They have almost zero chance of meeting each other meaningfully and are forced to not only be together but run from a common enemy and then lean on each other to survive while hating each other’s guts. I found that quite interesting and everything started from that premise,” he said.

“Sandeep Aur Pinky Faraar” was earlier supposed to hit the screens in 2018. It was later pushed to 2019 but it didn’t release last year.

In the meanwhile, he went on to do two Netflix anthology projects in “Lust Stories” and “Ghost Stories”. “You’re speaking to the director of ‘Khosla Ka Ghosla’ and ‘Oye Lucky, Lucky Oye’, whose release coincided with the Taj attack (in 2008). There are many things that I have braved, not braved but endured in my life. This wasn’t something that was happening to me for the first time.

“As I’m aging, I’m realizing that I’m beginning to care less and less about where and when and how to caring a little more about what happens,” Dibakar said.

“Sandeep Aur Pinky Faraar” is slated to be released on March 20.