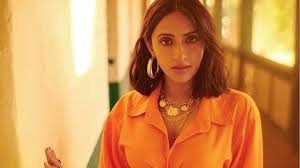 Akansha Ranjan Kapoor, who made her debut with Netflix film ‘Guilty’, spoke about how films like ‘Guilty’ have restarted the conversation on sexual harassment.

Speaking on the film which is based on the #MeToo movement, Akansha in her recent interview said, “It’s unfortunate that we need films like this for people to restart the conversation, but that was our aim. People have a very short attention span. But this has been happening forever and I feel that #MeToo is here to stay.”

The #MeToo movement started in the Indian film industry after actor Tanushree Dutta revealed sexual harassment case against actor Nana Patekar. Other several female artists flooded social media with their #MeToo stories out, in which industry personalities were named and shamed.

In Bollywood, actors such as Alok Nath, Rajat Kapoor and filmmakers Subhash Ghai and Sajid Khan among others, were accused of sexually harassing their colleagues and aspiring artists.

Akansha played the role of a small-town girl Tanu from Dhanbad, in ‘Guilty’ which is based on sexual harassment. Speaking of her character, Akanksha stated in her interview, “After watching the film, every girl has messaged me or reached out to me saying ‘sorry’ for judging Tanu, or that they all want to be like Tanu. Nobody has told me it is a very bold character. They have either said sorry or they have said they want to be as confident as Tanu because she has given them more self-esteem.”

Besides Akansha, ‘Guilty’ also stars Kiara Advani, who plays the role of a girl whose boyfriend has been accused of sexual assault by Tanu, the character played by Akansha.

Speaking of the positive response that ‘Guilty’ has been getting post its release, Akansha said, “I have dreamt of it my whole life. Before shooting for it, I would think, ‘I am going to do my first film and I am going to get this kind of response’, so it’s a dream come true moment for me.”