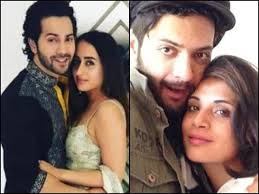 The coronavirus outbreak is affecting social life in more ways than one. In the film industry, not only films postponed and cancellation of shoots are happening, but celebrity weddings are also being pushed. Reportedly Varun Dhawan and his girlfriend Natasha Dalal, and actors Richa Chadha and Ali Fazal have pushed their summer weddings.

A source had revealed that Varun and Natasha had spotted in Thailand for their destination wedding, which later got shifted to Jodhpur and then finally to Mumbai. Now the plan is canceled for now because of the coronavirus outbreak.

The source added, “The initial plan was to have an intimate wedding on a private island in Thailand, but it was scrapped last month in favor of a destination wedding in Jodhpur. Eventually, they called that off too and were considering having a low-key ceremony in Mumbai. But looking at the current scenario, they have decided to tentatively push the Shaadi to November and have reverted to their original choice of destination — Thailand.”

Richa and Ali, too, decided to have an April wedding in Delhi but have reportedly decided to postpone it.

A source said that “Many of their guests were to fly in from the US and Europe for the do. Also, the couple was hoping to have their nuptials in Delhi, which is currently on partial lockdown. So, they think it’s best to delay the wedding to later this year.”