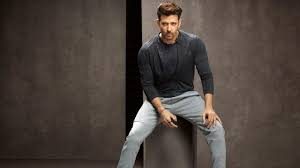 In this time of the pandemic, Bollywood stars are contributing as much as they can. Hritik Roshan is also one of those who are helping. Recently, Hritik decided to help municipal workers and now he has taken one more initiative.

Moreover, The organization took to his to their official page to thank the superstar Hritik Roshan for his donation and support. After that, Hritik Roshan also replied to their post lauding their efforts on the ground.

Talking about his work front, Hritik was last seen in War with Tiger Shroff. His upcoming project may be Farah Khan’s Satte Pe Satta remake and Deepika Padukone’s Mahabharat. But there is no official announcement about his next project.

In this lockdown period, Hritik is spending time with his children. His ex-wife Sussane also joined them for co-parenting of their children.