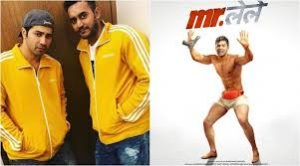 Shashank Khaitan and Varun Dhawan’s collaboration, ‘Mr. Lele’ created quite a buzz in the audience. After releasing the first look of the movie in January, the film was supposed to go on floors from this month. The film has now been put in the back-row owing to date issues. While earlier, Kiara Advani was paired opposite Varun, but due to date issues, Kiara had walked out and later, Janhvi Kapoor was roped in for the film.

‘Dhadak’ director Shashank took to his Instagram handle to share a note on announcing the broad postponing of the movie, the director also added that he will collaborate with Varun once again, in ‘Mr. Lele’ or something new.

According to a report, Shashank had begun working on the pre-production. However, Varun’s dates are not adjusting. The makers have decided to make a new plan for the film at a later stage.

Varun was supposed to be playing a Maharashtrian character for the first time in the film. Varun in an earlier interview confessed that he was looking forward to exploring the comic-thriller genre with the film ‘Mr.Lele’.

Meanwhile, on the professional front, Varun is currently shooting for the remake of David Dhawan’s ‘Coolie No. 1’. He will be seen starring with Sara Ali Khan in the lead role.

rubbalchauhan March 5, 2020
Previous Article Sidharth Malhotra teams up with Bhushan Kumar and Murad Khetani for his film
Next Article Deepika Padukone gets a doll version of her ‘Padmaavat’ character