Ever since the Baahubali saga, The period action drama films have been loved and much anticipated by audiences all around the Nation. Be just a teaser or motion poster. The fans have always supported such films. And Fans demanded it and makers have started working towards fulfilling the very demand of their fans.

Suriya Sivakumar one of the most loved and appreciated Actors of the decade has yet again revealed a motion poster for his upcoming Period action drama, “SURIYA 42”, the Actor has been known for multiple Hits. Most recently was seen in an appearance in R.Madhvan’s Rocketry the Nambi effect.

Helmed by Siva who is known for his past projects with Rajnikanth, Tamannah Bhatia, Ajith Kumar, Ravi Teja, Chiranjeevi and Nagarjuna.

Siva made his Directorial Debut with “SOURYAM” starring Gopichand and Anushka Shetty.

Also, Starring Bollywood Sweet heart Disha Patani, who is loved and adored by her fans all across India. She has done multiple Projects with stars like Salman Khan, Tiger Shroff, Aditya Roy Kapur, John Abraham and Arjun Kapoor.

The Revealed Motion Poster Hints the movie is set in the historic period of kings and kingdoms, when a grandeur of a kingdom was represented by its warriors and Armies, troops riding horses and elephants, wielding sharp-edged swords and javelins.

It also provided glimpses of an ongoing war among the kingdoms. With fire burning almost everywhere and bloodshed in the starring few seconds. One’s desire to watch the movie increases with every passing second.

As the shooting has only just begun, which is why the motion poster does not feature any of the actors specifically but at the end of motion partial look of the supposedly leading character has been revealed. And viewers can’t help but speculate if the motions poster seems so, interesting and adventurous, would this movie be grand enough to beat the success of the Baahubali Saga which to this day stands as a Benchmark for Period Action Drama Film.

Talking about languages, with a trend of covering Pan-India Most of the makers try to Release their project in multiple languages namely Hindi, Tamil, Telugu, Malayalam and Kannada. Which already is a major task in terms of translation and keeping the dialogues in the same context across all the languages.

The Makers of “Surya 42” decided they don’t just want the Indian Audience to enjoy the massive film, which is why “Surya 42” will be released in 10 Languages across the Globe. So, the movie can gather love and appreciation from Global audiences rather than just At Home Ground Indian Box office.

Music composed by  ‘Rockstar’ Devi Sri Prasad who doesn’t need any introduction but for the unversed, his most recent project was “Pushpa: The Rise”.

In the end, it seems like the makers’ Studio Green K.E. Gnanavelraja and  UV Creations Vamsi-Pramod have pulled all the stops to make this movie A grand marvel and a gem in the Crown of Indian Cinema. 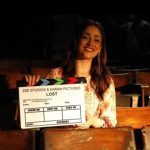 Yami Gautam starrer Lost to be premiered at Chicago Film Festival. Read Deets inside.
Next Article 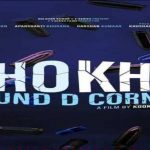