Dhokha Round D Corner’s new trailer was unveiled today and it’s a must say that the trailer was pretty intruiging and fascinating. The trailer opens where in R Madhvan enters through a door and Aparshakti Khurana aims a gun at him aksing whther he had bought full money or not and Khushali asks Aparshakti to kill Madhvan. The whole story begins from where it started. The trailer showed the glimpse of love story between R Madhvan and Khushalii. Khushalii says that she and Madhvan are perfect pair together and the duo are seen shifting home together, watching movie, cooking and doing activities which normal couple do. Suddenly the scene shifts in where R madhvan’s house become a terrorist zone and start flashing all over the news. Sanchi is Khushalii’s character name and suddenly there is havoc all around. Police inform Madhvan that Sanchi is with a well trained terrorist. The terrorist demand 5 million and says if Madhvan does not fulfil his requirement he will kill Sanchi. On the other hand Madhavn informs police that Sanchi whom they are considering a middle class simple women is having delusional disorder and is mentally very ill. The trailer takes a fascinating twists and turn. The terrorist who caught Saanchi is also very dangerous as the police disclosed. The massive dig to find the truth begins. A day in the lives of an urban couple is the subject of this Kookie Gulati mystery thriller, which takes you on an unanticipated voyage with turns and turns that highlight the grey areas in each character.”Dhokha is powered by its showings and narrative,” R Madhavan continues. Characters aren’t just black or white, though. There are no good folks or bad guys; each person has an underlying motivation.
There can be only one truth, but there are always various viewpoints on it, and that is what ‘Dhokha’ plays on, claims Khushalii Kumar. When I read the script, I was ecstatic, and the movie is actually clutter-busting. SURIYA 42: YET ANOTHER PERIOD ACTION DRAMA?
Next Article 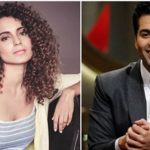