Delhi Crime, a recurring Indian anthology series on Netflix, has unveiled its first trailer. The drama’s second season is set to make its worldwide debut on August 26. Look at it up there. The police procedural thriller’s first season premiered on the streaming service in 2019, garnering an International Emmy Award for Best Drama Series.DCP Vartika Chaturvedi, also known as “Madam Sir,” is portrayed by Shefali Shah. She is reunited with her reliable and consistent team and is kept on their toes by a string of horrifying murders in Delhi. Madam Sir is obliged to make some difficult decisions as public anxiety grows and the media demands explanations. Will the Delhi Police be able to find these brutal offenders in time? Delhi Crime Season 2 is based on actual events and is developed by Richie Mehta and represented by SK Global Entertainment, Golden Karavan, and Film Karavan. Showrunner Tanuj Chopra also serves as the show’s director. The authors are Mayank Tewari, Sanyuktha Chawla Shaikh, Vidit Tripathi, Shubhra Swarup, Ensia Mirza, and Virat Basoya.According to Chopra, “This season looks into the Delhi Police’s moral code. From the prior season, DCP Vartika Chaturvedi and her crew have improved. They will have to make a lot of difficult decisions, whether they are procedural or emotional. Says Shah “I adore all the roles I’ve had, but DCP Vartika Chaturvedi will always hold a particular place in my heart. And I’m incredibly proud of both my performance and Delhi Crime as a production. My fave is it. Likewise, she is. It gives actors satisfaction to play these kinds of roles. The public will get to see a more human and frail side of these experienced police officers this season. I can say with pride that Delhi Crime is a manifestation of our love for the art of storytelling, and we can’t wait for the audience. 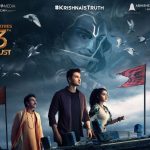 The much awaited trailer of Karthikeya 2 released by Vivek Agnihotri.
Next Article 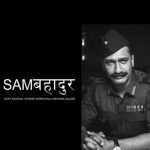