The eagerly anticipated “Yaar Mera Titliyan Warga” trailer has finally arrived, and the movie seems to be a “fun-tastic” journey. The Vikas Vashisht-directed movie has been in the news ever since its social media poster went viral.The four stages of a man, which included falling in love, getting married, having children, and longing for new love, were enumerated by Gippy Grewal in the trailer. It appears that Gippy’s character in the movie had trouble making love to his wife, so he began looking for another conversation partner. He creates a phoney Facebook ID for this purpose and begins speaking with different girls.Tanu Grewal, who plays Gippy’s wife, believes that her husband might be having an affair. In order to learn more, she visits Facebook and begins chatting with her husband while using a fake identity. They discover afterwards that they were speaking to one another and not anyone else. The teaser suggests that the movie might then go on an emotional roller coaster.One thing is guaranteed: the movie will make you grin, laugh, and cry whether they stay together or part ways. Seems so much realistic and connective, and thats what is attracting audience towards this amazing movie. The trailer is something which is a experience which is known and hence the viewers will feel connected anyhow. The most amazing element here is, the comedy element which can make audience stick to their seats till the end of the movie. The “fun-tastic” voyage with Gippy and Tanu hits theatres on September 2 and the venture is funded by Gippy Grewal, Ravneet Kaur Grewal, and Ashu Munish Sahni.
Gippy Grewal, is a very well known and crtically acclaimed personality. He has appeared in several music vedios and movies which have been cherished by fans a lot. 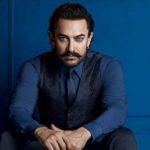 Aamir Khan apologises to the viewers before the release of Laal Singh Chadha. Deets Inside.
Next Article 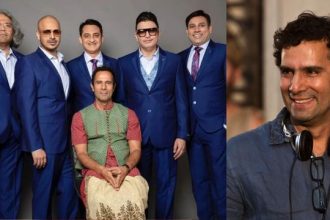