1) MC Stan: While introducing him even Salman Khan said even after years of hosting the series for the first time he has seen someone like him enter the Bigg Boss house. MC Stan is a rapper hailing from the City of Pune In the State of Maharashtra, Qawwali was the first form of singing MC initialised his career at the mere age of just twelve years. Over the years he has gained more than 2.5 million subscribers on his YouTube channel. Earlier this year he also released a new song with the famous Raftaar, “wata” has been one of his significant releases, as it gained more than 21 million views. Then later on most renowned track by him which gained him around 35 million views was “khuja mat”. 2) Sreejita de:  Beauty from Bengal, she was last seen on “Yeah Jadu hai Jinn ka” which ended in the year 2020. She has done cameo appearances in Bollywood movies earlier at beginning of her career such as “Tashan” in 2008 and “Luv ka the end” in 2011. Which starred Akshay Kumar along with Kareena Kapoor Khan and Sharadha Kapoor respectively. 3) Sumbhul Touqeer: She gained fame with popular Tv series like “imlie”, “Chandragupta Maurya”, “ishaaron ishaaron mein” and “Waris”. She belongs to a humble family with an entertainment background, her father Touqeer Hasan Khan is Choreographer in Television Industry as well her younger sister Saniya Taouqeer is also pursuing her career in acting. 4) Gori Nagori:  hailing from Nagaur Rajasthan, which is why she is called Gori Nagori signifying she is from Nagaur Rajasthan. Lovingly called “Shakira of Rajasthan” for her own dance moves and love for the famous singer Shakira.  Tori who is a stage performer and Dancer rose to fame with her performance on “ le photo le” sung by singer Nilu Rangili. 5) Tina Dutta: Needs no introduction though, but for the unversed, she rose to fame with the tv series “Uttaran”.  Loving called Tinzi, will surely win hearts with their cute looks and charming personality. 6) Priyanka Choudhary and Ankit Gupta: Both have been known to be best buddies. They both worked together on the series “Udaariyaan”. You might be wondering why only their names are featured together. Well with Each season of BiggBoss one couple is always featured or presented.

This year it seems to be these two, though it is not clear yet whether these attractive individuals have gained attraction for each other or not, it might be cleared during the run time of the new Bigg Boss 16th season. Starting her career with “Choti Sarrdaarni” where she was adored for her performance. But she made a bold move for a newbie in the industry by taking a break for 40 days from the series, but the reason she had was totally understandable. For the unversed Nimrat was diagnosed with the State of “Brain Burnout” in which a person is unable to do any activity properly due to exhaustion in the emotional, physical and mental state caused by excessive and prolonged stress. Which causes the person to be in anxiety and depression. 8) Abdu Rozik: Hailing from Tajikistan, but adored globally for charming looks and personality. He needs no introduction, but if you have been offline for the past many years let us tell you he is a professional singer and is just 19 years old. Belonging to a very humble family. Abdu has hustled to reach the level of fame he has today. Some may say more than anyone else as he suffers from a disease called rickets, a growth hormone deficiency disease. It will be interesting to see him the Bigg Boss house. Plan A Plan B-  movie review. Is it worth a watch?
Next Article 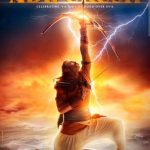 Godfather starring Chiranjeevi and Salman Khan, will have it’s teaser release on this date.