The latest movie Thank God’s trailer, which literally takes place in another universe, has been released. The movie takes place in the courtroom of Chitragupta, a hindu mythological figure who is in charge of keeping meticulous records of human deeds and punishing or praising them appropriately. Ajay Devgn plays Chitragupta in this scene, and Sidharth Malhotra plays the character who must atone for his transgressions. Although the idea has always been intriguing, filmmaker Indra Kumar handled it with a bunch of humour. Comedy series like Masti and Dhamaal have been directed by Indra Kumar in the past. In the 1990s, he also helmed movies like Beta, Raja, and Dil.The whole set of Ajay Devgn’s courtroom in the movie seems to have been shot on green screen, based on what we’ve seen in this trailer it seems like the movie is based on VFX highly. The trailer shows something which is comic yet very fascinating. A sort of lesson can also spell out from this movie as Ajay is seen saying a line that “All humans respect God alot but don’t listen to what he says”. Ajay is seen highlighting three different adjectives which describes Sidharth and hence shows how will all this effect his life after death. The music from the viral Sri Lankan song Manike Mage Hithe is featured in the teaser. The singer Yohani will record the Hindi rendition of her chorus for the movie, according to a past findings. Indra Kumar said in a remark, “Yohani’s song has become a great sensation and I am immensely appreciative to Bhushanji for providing me this phenomenal tune to be component of Thank God.”
Thank God, which also features Rakul Preet Singh and Nora Fatehi, will be released on October 25 in time for Diwali. On Diwali, the movie Thank God will compete in theatres with Akshay Kumar’s Ram Setu. Ajay and Akshay haven’t had much success at the box office in 2022. Runway 34, directed by Ajay, was his most recent significant film. He has made brief cameos in Gangubai Kathiawadi and RRR. 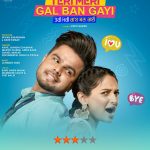