Bollywood webseries have got something new on board always. Mystery, thriller, action, and much more spice elements have always been added up with every new upcoming series.

Well one such web series’ trailer has been launched today which has made the viewers awestruck. In action once more, Aditya Roy Kapur and Anil Kapoor are now appearing in the new spy drama The Night Manager on OTT. The surge of adrenaline, intrigue, magnificence, and tragedy are the main themes of the trailer. Hugh Laurie and Tom Hiddleston’s British television series is adapted for the web in India. It was based on the 1993 release of John le Carr’s intelligence book of the similar title by the British author. Previously, Hrithik Roshan was prepared to portray Aditya in The Night Manager. Aditya filled in for the actor, who was preoccupied with his other business obligations. Anil portrays a notorious arms trader who is on the Indian spy agencies’ watch list. Aditya plays a hotel night supervisor in the movie.
Aditya’s protagonist, who is lost in the midst of a snowy mountainside province, speaks about going into the “profundities of darkness” in the trailer’s opening moments. We next switch to the stogie Shelly, who claims that he will never be apprehended by Indian law enforcement. But in the later part of the trailer it gets cleared that they have a plan. Well seems like the whole series is directly connected to the Hindu Mytho too as the words “Lanka” “Vibhishan” were also used. The whole series seems to be stipulated around the cat and a mouse like story where the character find themselves trapped in the web of lies and misery.
Aditya Roy Kapoor and Anil Kapoor seem to have this very fierce and amazing character. Both of them look bery appealing and very different. Their persona is written well and the actors have dipped themselves truly in the character. Well now we are awaiting for the series to be out soon. The mystery thriller will be duly available on Hotstar.
Hotstar is a very recognised platform who has emerged as this amazing platform which treats fans with new and different concept everytime. 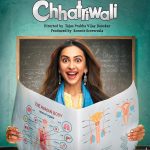