Outbreak of pandemic has made a radical change in the life of almost every person, even the Bollywood actors and actresses as they remained away from movies since long.

However now post pandemic beautiful faces like Dimple Kapadia, Aishwarya Rai Bachchan and Madhuri Dixit to name a few are all set to comeback with their movies to entertain their fans.

Dimple Kapadia who has always been choosy is now on massive comeback path. After gaining international success in Tenet, she has already stunned the audience by her role in series ‘Tandav’, which also includes Nawaab Saab Saif Ali Khan.The series is all set to release at Amazon prime on 15th January 2021. Dimple also has significant roles in the Shah Rukh starrer Pathan and the Ayan Mukerji’s Brahmastra. 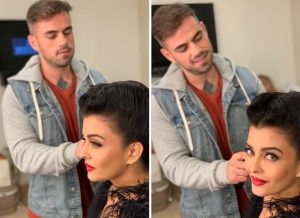 Aishwarya Rai Bachchan: Missing from movies since her last release “Fanney Khan” which was a big flop, Aishwarya is all set to make a comeback in her
second-favourite director Mani Ratnam’s Tamil Ponniyin Selvan and later she will also be seen in her all-time favourite director Sanjay Leela Bhansali’s production Heera Mandi. Madhuri Dixit: It’s been a while since this iconic star-actress was seen on screen. However it’s suspected that the actress is soon to make an announcement pertaining to her upcoming movie. She was last seen in the movie “Kalank” produced by Dharma Productions.