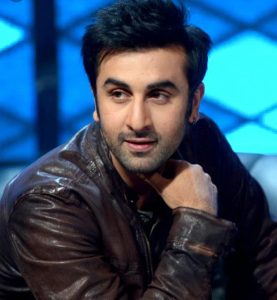 With  each of his films, Ranbir Kapoor is busy pushing the envelope. If he didn’t shy away from being a part of a musical like Jagga Jasoos, he won the hearts of many with his performance in Sanju. And now the 37-year-old actor is currently busy shooting for Karan Malhotra’s Shamshera.

A picture of Ranbir Kapoor in a black pathani suit perched on a platform from the film set has gone viral on social media. After wrapping up a few schedules of Ayan Mukerji’s Brahmastra, Ranbir has now moved onto Shamshera. It was only last month that Ranbir’s look from Shamshera got leaked.

Clad in vest and dhoti with a heavy beard, Ranbir looked almost unrecognisable. Talking about the film, Ranbir Kapoor earlier told PTI, “Shamshera is not a story of a daaku’, but a film based in the 1800s, it is about a dacoit tribe who are fighting for their right and independence from the British. There was a great story of heroism, a story rooted in our country which actually happened back then.”
“It is a departure from the kind of films I have done, it is not the coming-of-age lover boy roles which I have done often. Shamshera is in the aspirational space, the space of true, badass commercial cinema. A true blue Hindi film has everything- comedy, action, romance drama. And all these films I am doing are all in that direction, we are trying to have all these factors in it,” he added.