The Filmfare Award, which is presently in its 67th year and has always been such a personal fave of both superstars and the general people, is one of the most notable awards in the country. Every year fans and celebrities wait for this award as it not only brings delight but also states the overall performance. The first Filmfare Awards, then known as “Clare Awards,” were awarded by Filmfare Magazines of Times Group in 1954. March 21, 1954 after seeing the inaugural Filmfare award presentation at Mumbai’s Metro Theatre. In the categories of Best Movie, Greatest Director, Best Actor, Best Actress, and Best Music Director, just five prizes were given out. Do Bigha Zameen was the first movie to win Best Film. Bimal Roy for Do Bigha Zameen’s cinematography, Dilip Kumar for outstanding actor in Daag, Meena Kumari for finest actress in Baiju Bawra, and Naushad Ali for Baiju Bawra’s music were the first title holders in the other four categories. The 67th Filmfare Awards will be presented on August 30, 2022, with Colors TV serving as the host for the first time on September 9, 2022. It’s intriguing that Meta is a member of the event’s international cooperation. Additionally, the Filmfare Awards will be held at Mumbai’s Jio Convention Center.Co-stars of the film Gunday Arjun Kapoor and Ranveer Singh will present the 67th Filmfare Awards. Although he has cavorted on the Filmfare point a few times, Ranveer said during the press briefing that he will be hosting the event for the first time. He added that hosting is very different from performing. According to Ranveer, hosting takes ten times the work and ten times the time.
Well several celebrities will grace the auspicios Filmfare Awards and many will set the stage on fire with their enormous performance. Fans are eagerly waiting for the awards to get aired and see the glimpse of it. 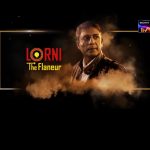 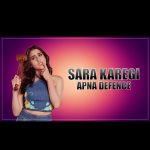