The plot, which takes place in Shillong, centres on Shem (Hussain), a jobless self-described investigator whose life takes an intriguing turn when he is requested to look into the disappearance of a “paila,” a coral necklace that has significant cultural value to the Khasi people. He sets out on an emotional and mental trip that reflects his reality and the reality of Shillong while navigating winding alleyways and shadowy alleys. Hussain, an internationally renowned actor from Goalpara, Assam, expressed his hope that people will enjoy the movie. “I’m blown away by the response we’ve gotten. In a unique way, the movie creates a lovely world out of dreams, myths, traditions, and identities. It depicts the conflict that today’s kids experience between culture and modernization, he added in a statement.
Filmmaker and music director Diengdoh expressed his excitement for the movie’s release on SonyLIV, where a larger audience will be exposed to it. Being able to create a tale in and around Shillong, where I grew up, has been tremendously rewarding, and that is what makes this movie so intimate. Additionally, it demonstrates that Meghalaya is capable of producing high-quality content on par with the rest of the world despite our very young filmmaking culture. I hope a growing number of people see the movie and enjoy it,” he continued. Well lets see what the viewers of India will react to the upcoming tale. 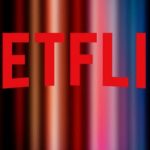 Babil starrer Qala and many more ventures announced by Netflix on the eve of it’s 25th anniversary.
Next Article 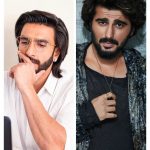