Karishma Kapoor’s Brown has been highly appraised. The whole industry hooted for Karishma’s comeback and now this project is adding a bit more badge for Karishma Kapoor. Well the actress took over her instagram and shared this enormous news Brown being a part of Berlinale Series Market. This series market has over 16 titles from 5 different continents. Seems like India is on a go and bollywood is definately making India proud. For the past few years Indian Films have definately brought several recognitions for the country that too on several international platforms. This not only brought pride but also has raised the standard of our films and our creative thoughts. Celebrities, Directors, Movies and a lot many aspects are there which has brought recognition to the country.

In a statement regarding the film, Karisma, who will be portrayed as the lead detective, stated, “Brown is the sort of narrative that is not only fascinating but also hard for any performer, and that is precisely what compelled me to play the role up. It will be fascinating to play a ferociously powerful persona in such an engaging tale. I am eager to start shooting. “Brown’ is a very well-crafted novel that allows me the ability to explore closer into the human psychology and connections,” claims Abhinay Deo. It is a character study in a way that hasn’t previously been seen. Well Karishma is back in full power and in a never before seen avtar. Fans are excited and now that this international tag has been added, it has turned out to be even more fascinating and project worth remembering for Karishma Kapoor.
Well not only on this there are several other films too who had brought us pride at Berlinale Series Market. Projects like Tiger, Baby, Dahad etc are also landing at the Series Market. Other than this there were several platforms where bollywood films have bought pride and recognition. Be it Cannes Film Festival or Internation Asian Film Summit, Bollywood’ project has definately been counted. Recently there were movies too which have been selected as nominations for Oscars. Celebrities like Deepika Padukone, Alia Bhatt etc. are paving their way towards this new journey of hollywood too, which is even making India proud. 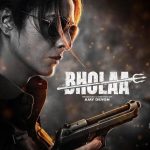