Bollywood has a knack for producing high-caliber films that are also huge hits in one specific genre, and that genre has to be thrillers. Kaun and Ittefaq (the 1969 original), among the pantheon of outstanding mysteries the Hindi film industry has also produced, stand out for how well they capture the confined setting that heightens the tension in any suspenseful plot.

Similar attempts are made in the film Dhokha Round D Corner, which was directed by Kookie Gulati and stars Khushalii Kumar, R Madhavan, Darshan Kumaar, and Aparshakti Khurana. Does it occupy a position there as well? Well, it almost does, and given the paucity of truly excellent Bollywood since Andhadhun, that’s as nice a surprise as anyone could have hoped for. Do you have plans for what to watch this weekend or this week, then here’s our review. The appearance of a joyful marriage between Sanchi (Khushalii Kumar) and Sinha (R. Madhavan) is shattered when terrorist Gul (Aparshakti Khurana) breaks into their flat and kidnaps Sanchi. Inspector Malik (Darshan Kumaar) and the viewer are drawn into differing interpretations of what is actually happening the more he attempts to fix the matter.
Full credit goes to Kookie Gulati and Neeraj Singh for their screenplay’s many unexpected turns, which keep you guessing until the very end while avoiding going over the top. Extra props to Kookie Gulati for guiding this screenplay to the absolute max. With multiple points of view and twists balanced on a tightrope, the story could have easily fallen off the rails. Instead, Gulati ties everything together into one gripping ride. Of course, it wouldn’t have been feasible without some outstanding performances, with Khushalii Kumar paving the way and striking the perfect balance between sensual, vulnerable, and cunning; in their limited screen time, Madhavan and Darshan Kumaar provide her with solid backing. The film definately deserves a 3.5 stars out of 5. 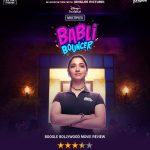 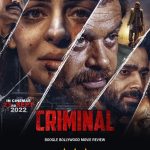