Milenge 2023 mai, bas yeh bolna tha. The image showed the year-old actor grasping an elastic bands with his mouth and hands while dressed in a black suit. like he stated in the description, using the rubber band as a guitar. Well will this flick be stimulated around the use of Rubber Band itself? Or will it be a sort of imagery and nothing else?

His followers and colleagues in the industry commented as soon as he shared the news Vishal Mishra, a well known and critically acclaimed singer wrote “Brother” with a heart emoji.Mahima Makwana, who is known from “Bas Karo Aunty,” made a comment. “Arre aree”. The public has been eagerly anticipating Aayush Sharma’s next steps after the incredible reception to his most recent project, Antim: The Final Truth.Waiting for ur movie, a fan wrote. The message was met with heart and fire emojis from his followers.
Aayush Sharma stunned everyone with his astonishing change into the strong, rural, and frightening mobster in “Antim: The Final Truth” after breaking into the entertainment industry as the slender, guy-next-door in “LoveYatri.” Aayush has displayed an incredible range of versatility, playing the lovely Loverboy in his debut movie and the villainous gangster in his second. Well as per reports he was also expected to be seen in salman’s much anticipated venture which as per sources in titled as Kabhi Eid Kabhi Diwali but due to certain creative differences he walked out of the project. 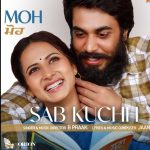 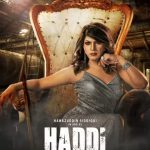 Nawazuddin Siddiqui to be starred in Haddi, first look out, leaves fan in much of eager after seeing the whole new look.