Recently on 29th october we saw the trailer of this amazing different and unique conceptualised movie. The trailer was straight driven through the hearts of the audience. But now, the most anticipated movie has been alleged of such complains that has made us think regarding the originality of the movie. Without much delay we would would like to inform you that the movie we are talking about is Mister Mummy which starred Riteish Deshmukh and Genelia D Souza in the lead roles and in the story Riteish is slated to be pregnant.

Through the trailer we saw that the concept of the movie is really different and we could also see a leap and bounds of comedy elements. But now the creators have been alleged for the blame of Plagarism which not only had been an element of shock for us but also for makers also.
The allegation was made by a young producer titled as Akash Chatterjee who belongs to Kolkata. He alleged that the makers have stole his concept. Akash recently had taken over his social media and had shared some images as proof. He also mentioned in the caption that he had a detailed discussion with T Series in the year 2020 regarding his concept Pet Se and they then agreed to co produce it. But later they cane up with the similar concept and called it as their own venture. He also mentioned that his story is registered with SWA, Mumbai and now seeing the image it seems like Akash’s words has some truth in it. The images he shared has the specified year and also the title of the film. He also compared it with Mister Mummy’s picture which had in the title written Whole Hearted Comedy Pet Se.
Now seeing all the facts it seems that Akash is right but we are not sure whether a big venture like that of T Series will steal someone’s concept. T Series has not yet released any sort of official comment in this regard till now. 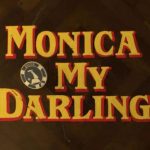