Bollywood’s Khiladi Akshay Kumar recently announced a new project for his fans titled “Ram Setu”. Yogi Adityanath, chief minister of Uttar Pradesh even authorized the makers of the film to shoot in Ayodhya. And now another big update regarding the release of this Adventure-thriller is doing round. According to the latest reports, the makers are deciding on a big festive release for this upcoming movie.

The film is apparently slated to be released on Diwali next year. Having said that, the shoot for this upcoming movie will begin by mid-2021. 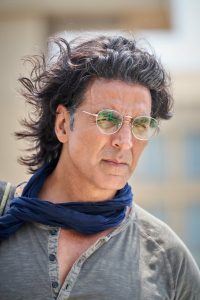 Akshay had already shared two posters on his Instagram for the film, which is a blend of myth and reality.

Ram Setu is directed by Abhishek Sharma and is produced under Akshay’s Production House banner. Further details regarding the rest of the cast is still awaited.