The teaser for the mysterical suspense thriller Dhokha -Round The Corner has finally been unveiled by the makers of the films. Well there were lot of elements in the teaser which had left fans in awe. The only clear element here ahout the story was that R Madhvan and Khushalii are playing the persona of husband and wife in the movie and later things didn’t work between them. Wife accuses that as there is a fight between truth and lie and usually lie wins. She cites that the whole world is after the fake truth that her husband is circulating about her and hence in the later glimpses we see that Madhvan’s wife get involved with another man i.e Aparshakti Khurana.

Well as suspected and viewed it seems, that Aparshakti is a very wanted criminal. R Madhavan is also seen citing that Khushalii who is supposedly getting involved with Aparshakti has Delusional Disorder too. Well is it a trio jealousy story? A story of Marriage Conflict? A story of failed relationship? Or a mysterical hypothetical tale? It will be revealed only when we will see the movie.

He has done several memorable projects like Tanu Weds Manu, Rehna Hai Tere Dil Mein etc. His recent release Rocketary- The Nambi Effect was appreciated in Cannes film festival and through this movie he made his directorial debut too. Indian actress and fashion designer Khushali Kumar. She was conceived as a Hindu Punjabi by her mother Sudesh Kumari Dua and the late music mogul and T-Series group founder Gulshan Kumar Dua. She made her Bollywood debut in the song video for Mainu Ishq Da in 2015, and since then, she’s featured in prominent tracks like Highway Star,Raat Kamaal Hai, Mere Papa, and Ik Yaad Purani. 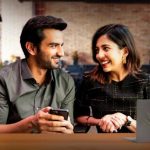 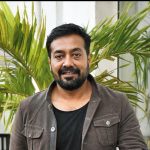