For his work in “Tanhaji: The Unsung Warrior,” Ajay Devgn received his third National Award on Friday. The actor got a huge amount of compliments from the movie industry for his victory, but his spouse Kajol sent him the most heartfelt congratulations. In addition to congratulating her spouse, Kajol shared a still from the film on her Instagram page. Kajol penned: “Three national honours go to Team Tanhaji. I’m very glad and proud! @ajaydevgn, Best Actor Tanhaji The Unsung Warrior is the Best Popular Movie Providing Healthy Entertainment @omrautBest Costume “.

Ajay and South Indian actor Suriya, who got the same honour for his work in the movie “Soorarai Pottru,” split the Best Actor Award. The Om Raut-directed movie, which starred Saif Ali Khan, Ajay Devgn, and Kajol in the key characters, received favourable reviews from the public.

In 2002 for The Legend of Bhagat Singh and in 1998 for Zakhm, Ajay won the National Award for Best Actor.

Ajay previously stated in a statement, “I’m pleased to receive the Best Actor Award at the 68th National Awards alongside Suriya, who triumphed for Soorarai Pottru,” for Tanhaji: The Unsung Warrior.

He went on to say, “I extend my gratitude to everyone, but especially to my creative team, the viewers, and my followers. I thank the Almighty and my parents for their good wishes. Congrats  to all the other winners! “. 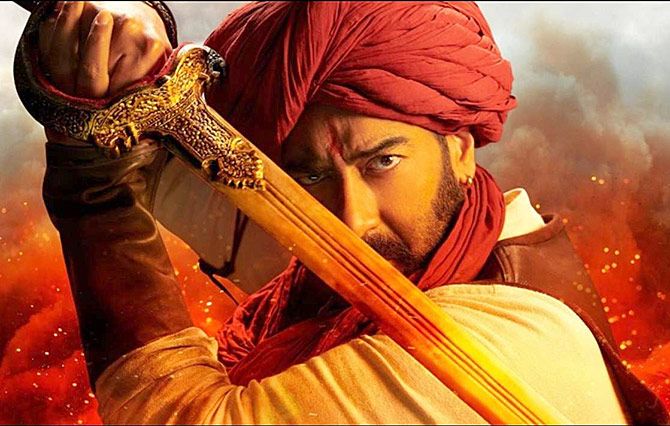 Tanhaji: The Unsung Warrior’s triumph for best popular film prompted Ajay to retaliate, gaining him a national prize for producing the movie. “It brings me great satisfaction to win an award at the 68th National Film Awards for the finest movie that has offered family-friendly entertainment as the producer of Tanhaji: The Unsung Warrior. Tanhaji really was that. It is a heartwarming tale of friendship, fidelity, family values, and hardship. Strong patriotic feelings, amazing VFX, and an all-encompassing commitment to entertainment are there. I must split the honour with my co-stars, co-producers, T-Series, and filmmaker Om Raut. Most of all, I want to thank my creative team for making this a huge success and a National Award winner.”

Tanhaji: The Unsung Warrior, which was launched in 2020, became the highest-grossing movie of the year after earning over Rs 368 crore at the box office globally.