South diva Rashmika Mandanna and Bollywood star Tiger Shroff are slated to work together on Shashank Khaitan’s upcoming film, whose title has just been decided.In the next film directed by Shashank Khaitan, South diva Rashmika Mandanna and Bollywood actor Tiger Shroff are anticipated to astound viewers with their chemistry. According to reports, both actors have already begun to prepare for their roles, and ever since the pair’s photos appeared online, fans have been impatiently awaiting news about the movie.There has been a recent update regarding the project, with the movie starting production in September. According to the most recent sources, Tiger Shroff and Rashmika Mandanna’s project is called Screw Dheela.

According to rumours and speculations the film is helmed by Shashank Khaitan has been given the name Screw Dheela. The title is based on a character played by Tiger Shroff in the movie, a close person with knowledge of the situation told the source or insider. “The characteristics of Tiger Shroff’s persona in the movie are the source of the title. It’s a bizarre character, thus the movie has a bizarre name, Screw Dheela, which translates to Sanki”, revealed by a closed source. For those who are unaware, the project will be filmed both domestically and overseas, with the initial cycle most likely starting in Europe. The movie’s casting is now under progress, but the plot remains a secret. In Baaghi 3, Tiger Shroff co-starred with Tara Sutaria. At the box office, the movie didn’t have much of an impact. The actor will, however, next appear in Ganapath alongside Kriti Sanon. Along with Ganapath, Ali Abbas Zafar’s Bade Miyan Chote Miyan, whose filming dates have not yet been set, is another project Tiger is working on. Tiger and producer Jackky Bhagnani will work together following Ganapath and Bade Miyan. Speaking of Rashmika Mandanna, the diva has multiple upcoming movies, including Mission Majnu with Sidharth Malhotra and GoodBye with Amitabh Bachchan. 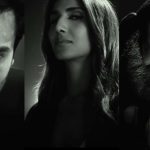