Meticulous increase of fascinating and heart wrecking projects is something bollywood loves doing and now after much anticipation we have got something really intresting on board. When a team of people works something new definately comes up and this time its something worth praising. Yes , so bollywood took another leap and there was a new brand launched alongwith it’s project. So yes, we are speaking of Watcho and to it’s credit the new web series on part of Watcho titled Avaidh. Phenomenal personalities like Urvashi Dholakia, Nasir, Aarti Nagpal alongwith others, witnessed this launch of Dish TV and Watcho presents new webseries Avaidh. In this conference, there were lot many people from the media team were present and the whole of creators team first explained about what Watcho is and what is the basic conceptual tale behind it. Later taking the grind, the team members revealed the posters which has on it writter Avaidh- Jab Hadein Hojaye Paar. Well this title itself is very fascinating. Creators disclosed that its a packaged anthology of 8 short stories and all are based on elicit sort of love relationship. Well when asked about the uniqueness of the theme, the makers answered that the ellaboration is made on the line of limit that everything has. When one moves closers towards the line, he/she has a choice to cross it or nor, but when tentation or due to some other factors, you cross the line and thats the point when you become vulnerable and once vulnerable is in the skin anything can happen and mostly the possibility of betrayal, death or thrive and you cannot predict these elements it totally depends on the situations.
Well seems like the series will be a collaborative thought of love and what happens when we cross the line of love. Something new and amazing is on boards now and we all are pretty excited to see the further episodes and seek what ever it has in it. Well seeing from the viewers point of view the story is something which is new, the line of tolerance is something which we all need to know hence it’s something which will definately attract the viewers. Well we are waiting for the series to go on floors and see what’s the spicy add on in this genre. 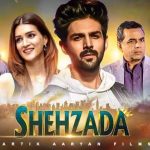 Shehzada’s trailer revealed, Kartik Aryan definately has a lot to offer.
Next Article 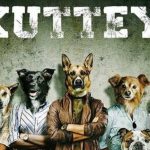