The production company Maddock Films, owned by Dinesh Vijan, unveiled their upcoming film, Happy Teachers’ Day, on the eve of Teachers’ Day. A video teaser for the movie was also released by the filmmakers along with the announcement. Nimrat Kaur and Radhika Madan will star in the Mikhil Musale-directed movie.

Story-driven movies like Badlapur, Hindi Medium, and Stree are produced by Maddock Films. Recent examples of their social comedy dramas include Mimi and Dasvi, which garnered national attention and had financial success. This upcoming movie is even more essential because it stars renowned performers Radhika Madan and Nimrat Kaur. Therefore, this news has been a gift for Bollywood aficionados.
Almost nothing was known about the movie.However, the movie’s plot is revealed in the video teaser.It is foreseeable that teaching will be a prominent theme. It begins with extolling the virtues of teachers as they instruct and enlighten the next generation and concludes with a profound inquiry into the significance of having a life.

The film will have its premiere on September 5, 2023, which is the day after next year’s Teachers’ Day, according to the producers, who began shooting on Monday. Kaur offered her warm greetings to the educators on the big day by sharing the video teaser.Happy Teachers’ Day’s concept and storyline were co-written by Musale and Parinda Joshi, and it is billed as a thriller.The project has added Kshitij Patwardhan and Anu Singh Choudhary for more dialogue and script.Musale previously directed the Bollywood film Made in China and the Gujarati film Wrong Side Raju, which won a National Award.
Any other information related to the film is kept under wraps, but viewers are definately really excited to have a glimpse of this amazing storyline and see what has the Maddock Films, planned for us this time. Fans are waiting for other information but till then we are eagerly waiting for Teacher’s Day next year. 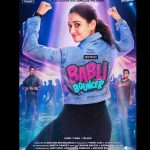 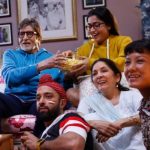